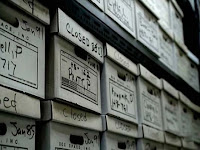 Manon is thirteen. She works well in school, where she has many friends. She plays, she laughs like many children her age.

Her parents love her, pay attention to her education, buy her things, but not all she asks. Well, she does have a cell phone like everyone else and a computer in her room. But they are careful not to let her have TV in her room.

Manon loves to chat with friends at night on her computer. She is internet savvy and knows all the stuff like lol, smileys and emoticons. She uses Windows Live Messenger to easily follow a dozen simultaneous conversations. She has a webcam she uses from time to time when her friends have one. Her nickname is manon13from31 because she was 13 and she lives in Haute-Garonne (31st french county), and it's funny because 31 is 13 backwards.

Manon also uses the Windows Mail system to send her friends all the texts she finds fun. Her father does not like that, he calls that "chain-mails", but she finds it so funny. And isn't it true: if you do not forward the email to 15 people, you might not know who is in love with you the next day. And that's too important to miss out on. Of course, the parents cannot understand, they are too old. Her love is for Killian. But he isn't quite ready to kiss her yet.

Manon subscribes to several websites: the one where you can play with virtual animals, the one where her friends discuss the latest celebrity gossip. And of course, Manon has a blog where she puts online photographs of herself and her friends. But she changes often, because her father does not like her publicizing her life on the internet. He does not want her to open a Facebook account, and she thinks that sucks because Cindy, the popular girl at school, already has one. She regularly creates a new blog with a new nickname: manon13_from31, manonfrom31_13, manonLOL1331, manonXX13_31 ... She even created a blog cindy13from31 where she put a photo of Bob in the pool. Bob is the dumbest guy of the school, haha.

One evening, Manon speaks with her friends on Messenger. For several weeks, she has been nibbling a few extra minutes from her parents who want her to go to bed early. Gradually, she managed to stay later, and now she is the last to disconnect. She is currently discussing with her new girlfriend Celia, who is really nice and who she has known for a month.

What Manon did not realize was that this girl is a boy. A 20 yr. old man.

And now the boy threatened her to put it on YouTube! He tunes in on his perfectly functioning webcam, and she hears him speak clearly. He tells her that if she does not do what he wants, he will broadcast the video on YouTube...

What she did not realize was that her parents would have to see all this as well.